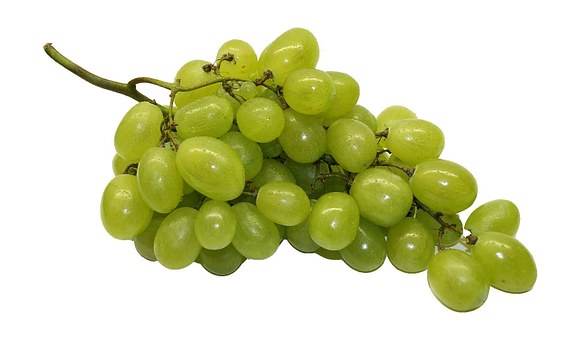 Grapes and Dogs, Is it a Big Deal?

But the “why” is interesting and grapes are no where near the epidemic they make it out to be on television.

Grapes are substantially and prevalently non toxic to dogs and most dogs don’t have a reaction to grapes, [similarly to dogs and their potential (0.5% odds) reaction to onions].  Recent research (probably ten years old now, but has not filtered down through television vets yet) is that there is / are (as-yet-unidentified) insecticides, fungicides or herbicides on grapes that ARE deadly when present or there is a rare, idiosyncratic ‘reaction’ to grapes.
Means: If the grape your dog ingested was/were dusted / sprayed with something toxic to dogs, you’ll see a kidney disaster.
Even then, it’s a thing with the size of the dog, how many grapes were consumed, and which chemical is present, and in what amount.
Alternatively: If the grape-reaction is an oxidative injury (0.5% odds) the result is the same.
If neither condition exists, your dog could eat grapes all day long and never have a problem.
The first time I heard there was a problem with grapes I was confused because I have a personal friend in Napa California who owns a family vineyard. And he would take off bunches of spoiled grapes and toss them to his Labrador. Who ate grapes sun up to sun down (inasmuch as a family vineyard can produce spoiled grapes heh heh) and he never had a problem. Jim never used any herbicides / fungicides nor insecticides.
(If you leave spoiled grapes in the vineyard it brings birds, so you dispose thoroughly and in his case, via dog.)
So, what about these grapes?
The FDA / EPA has “Grapes” in the top twenty most chemically treated / hazardous imports to the US food market.  They checked forty-eight-thousand (48,000) imported foodstuffs. And grapes are in the top twenty.
I eat grapes because they never hurt me. Yet. But I suppose we shouldn’t unless we know for a fact they were organically grown? Or at least not imported? Side bar.
If grapes (or their chemical burden) intends to hurt the dog, it’s not a delayed reaction. If kidney issues have not shown up in the bloodwork within 72 hours of ingestion, problems are intrinsically unlikely.
So, why do doctors and emergency clinics make such an enormous deal out of a grape ingestion?
Several reasons:
Do I give Ajax grapes? Yes.
Would I give him more than a few at a time, or a bunch? Absolutely not. I also can’t help buy into the media hype around grapes. It’s ingrained in my industry and the lay literature, even though it’s not anywhere near as bad (or as often) as they say.
“So, Dr Johnson, have you ever seen a grape-kidney-case in 32 years?”  Nope, never*.  But there’s always a first time.
*(I worked for a vet for ten years before I became one 22 years ago, so there’s 32 years behind a veterinary counter)
Doc Johnson