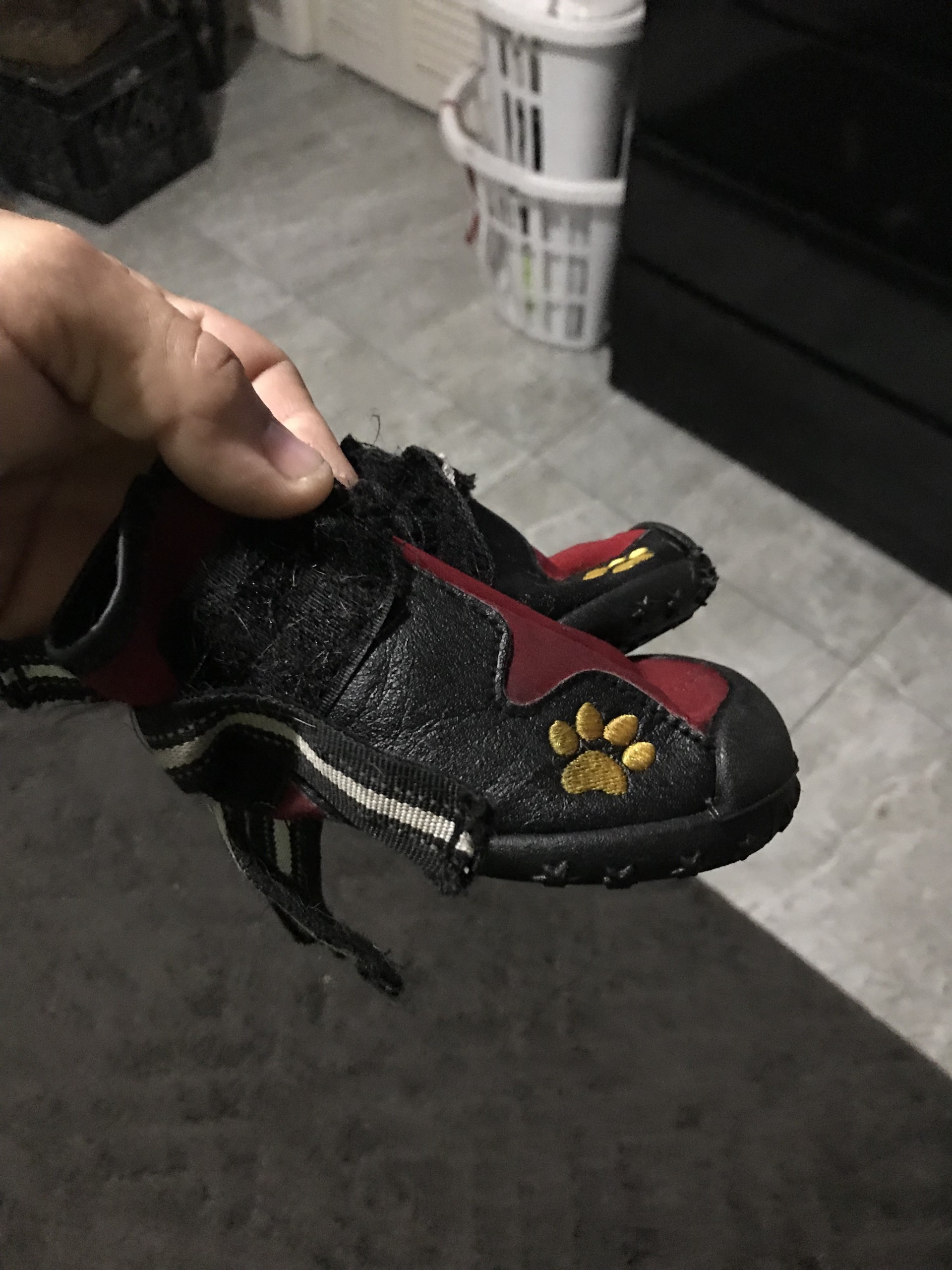 You’re getting this document because your dog has some sort of lesion on its foot. That could be a tumor, laceration or any kind of surgery.

Foot lesions in dogs have a certain set of predictable complications. It’s the nature of “walking around on your surgery”. Which is pretty much unavoidable. But can be strictly limited. And here’s why:
There are certain things, that just happen, every single time there are stitches in a dogs foot.
It doesn’t matter who your veterinarian is, or what you do, it’s just the way it goes:

Number one: Some stitches fall out.

Face it, the dog is basically walking on it suture line and that kind of stretching and tearing it’s going to put a lot of pressure on the stitches and sooner or later one or two of the stitches will pop. When that happens, a little bit of scar tissue fills in the gap which represents decent healing, but it does extend it past the normal seven or eight days it normally would take to heal.
Consider that every step the dog takes is pulling on the stitches, so the fewer steps it can take the longer the stitches will hold. But, some will pop. It is unavoidable.

Again, the dog is walking on a surgery site and every step pushes and pulls on the line and keeps healing from occurring as quickly as other places. Discharges accumulate and at first, that requires frequent bandage changes to keep those secretions from setting up infections.

At first, postoperatively, you will probably be coming to the office every day or every other day for bandage changes. That is dependent upon the estimated amount of discharges in the bandage that need to be removed. It is imperative that you keep the bandages changed according to plan, I appreciate that it is labor and time intensive, but that is the nature of lesions on the foot.

Consider that every step the dog takes is pulling on the stitches, so the fewer steps it can take the longer the stitches will hold.

One of my reviews on Google hold that I did a poor surgery on the dogs foot, because the surgery did not heal normally. I would say that is a failure on my part to emphasize and explain to the client when you remove cancer from tissues and you expect cancerous tissues to heal back normally, that is often a fail. Of course when you go in you don’t know that you’re necessarily removing the cancer until later. So, when you are dealing with abnormal tissues, healing will often occur abnormally, whether that is delayed, weird looking, or painfully slow. Conversely, a cut made by some glass in normal tissue heals a lot faster than a cut made surgically in cancerous tissue. That’s all I’m trying to get across.

Number five: Consider that every step the dog takes is pulling on the stitches, so the fewer steps it can take the longer the stitches will hold.

The summary of this article occurs in five points