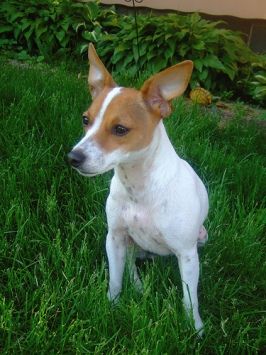 Mountain Feists – A Breed or a Mind Set?

It’s a little bit of both, it’s been my experience.

For more than a hundred years across the entirety of the Appalachian mountains and TVA areas* there have been Depression Era ‘hillbillies’ (And I do NOT MEAN THAT IN A CRITICAL OR NEGATIVE WAY!) and survivors and they’ve been farmers but mainly hunters, trappers [or liquor bootleggers] and they’re tough as nails.

And they had these little mix breed terriers they started calling “Feists”  or “Mountain Feists”.

They look like a cross between a Beagle and a Rat / Jack Russell Terrier.

What They Can Do

And they bred them to be scrappy, and small (ish) and LOVE pursuit of ‘all things edible’ (with fur) and to even climb trees.

And when a hillbilly (And I do NOT MEAN THAT IN A CRITICAL OR NEGATIVE WAY!)  – –  when a hillbilly had one that could tree a coon up 8 feet, or even 10 feet (tree-climbers) they’d latch onto that dog and breed it like a champion Labrador. But those ‘Feists’ could be pretty much any color and they’d breed that with any dog about the same size that had any similar, desirable traits for coon hunting.

For most of their genealogy, it’s was ANYBODY’s little dog, heck:  “Billy Crawford’s treein’ Feist” – – or “That Pittcairn Feist from over that hill” or any of a bunch of old hillbillies (by name and dog name) with great treeing feists – – that could run two coons up two trees ‘n’ keep BOTH of ’em there all night. And that dog, regardless of where it came from, was a prized “Mountain Feist” and contributed to the Feists.

So nowadays people are trying to represent that they have “Mountain Feists” worth a ton of money because of their ‘breeding’ and bloodline which in MOST cases is as reliable as some scrap paper with some revered hillbilly names scribbled on it.

[There are breeders of Feists that have pedigrees and are pretty close on a ‘standard’ including 2/3rd docked tails, a button ear, and a prevailingly brown and white color.]

Now, finding a real Feist that can climb trees and “won’t stop for anything” is a thing of beauty and they’re out there in decent numbers and those ARE Feists.

Black Sheep of the Family

But there’s a TON of random little mixed breed terriers being sold as real Mountain Feists which are nothing but hyperactive little mix breed terriers people throw in pens with each other and crank out “Feists” because city folk like a good tale and a manageable little dog for a couple hundred bucks, with a lot of romance in it’s short, very-recently-made-up family history. But it’s just a dog they found loping along a Coweta County road in the middle of the summer that looked “Kinda like a Feist”

Point being, (in my opinion) Feist is more of a frame of mind.

Or an ‘ability’. A purpose. Admittedly, and truth be told, a “priceless, unique tree climbing, invaluable Raccoon hunting ability and a ‘never-give-up’ attitude.” A dog that can show up on the other side of a stone wall with no holes in it. A dog that can climb a ten foot fence leaning in.

Or if there IS a bloodline, maybe a couple generations of “Them Tipton Boys” raising Feists in Blue Ridge for fifty years.  But not some standard color, or anything like a three hundred year pedigree of dogs that breed ‘true’ and all look basically alike. A Feist might be 15 pounds, might be 30 pounds. It might be black with a white nose and an ear that goes up and a tail that goes down. Another Feist might be brown and white with a docked tail and ears that curl over, and a nose that’s kind of flat. But they’re ALL small and muscular and they ALL chase stuff. And if you find a ‘Feist” that doesn’t chase after, or stand at full attention for anything that’s running around, it’s not a Feist.

How Are Feists As Pets?

Feists are well behaved and loyal, and they all listen. Hillbillies that have depended on Feists to put food on the table for generations don’t have time for spoiled little yappers and snappers. Feist is a legitimate working breed that wasn’t kept around if it was anything less than deferential and obedient to their masters. It was hard enough feeding themselves let alone a useless dog that didn’t listen and pull its own weight.

The TRUE Feists are fun to work with and so are their people.

The three hundred dollar pieces of shit a lot of people end up with, are often feral strays, and are not fun to work with, and the unscrupulous people selling random pound puppies as Feists should be ashamed.

Post Script:   Giving someone a dog or rescuing one and saying “I think it’s a Feist” is entirely cool. Who knows after all?