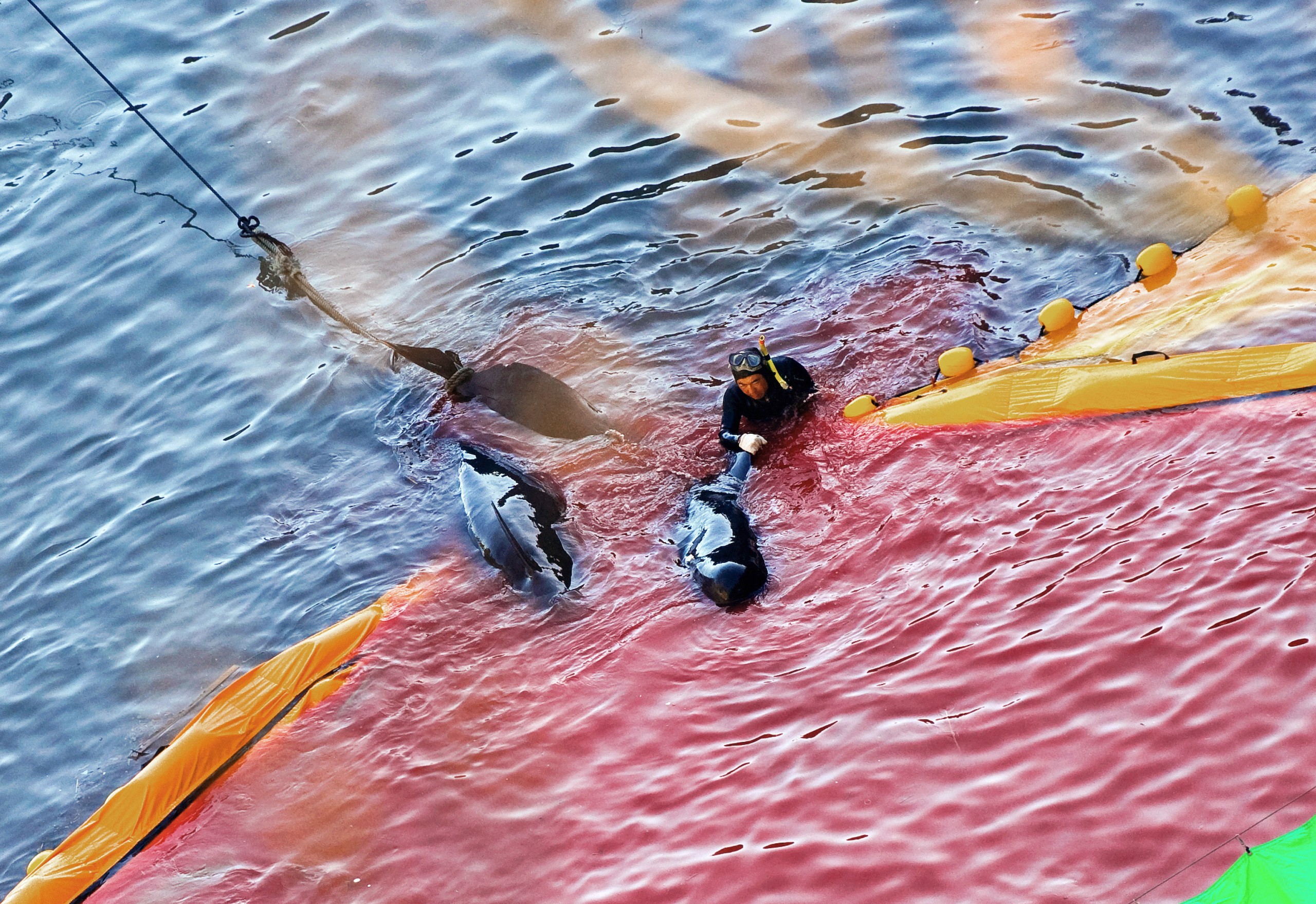 So there’s a really cool web site that has “world awareness” articles, stuff I’d never seen anywhere else. You know how Western Media outlets fixate on buzz words like Fracking for that one month a couple years ago, Global Warming every now and then? Whatever sells papers…..

They also produce these quarterly reports that document the various successes enjoyed by law enforcement globally bringing poachers and other bad guys to justice. Sadly, also a tally of how many environmental law enforcement officers lost their lives.

I downloaded a couple reports. I’m linking them here in case they’re lost at the other site.

You can see the rest (hopefully) HERE

About the Taiji Dolphin Drive.  The people of Taiji have to do it. It’s tradition! Rightttttttttt.

Mitsunori Kobata, president of Taiji’s dolphin-hunting association: “Of course, there are lots of other sources of protein around these days, but people of my generation and older still have the right to eat whale if we want to.”

“We’re not ashamed of hunting dolphins and would never consider stopping,” Kai says. “It’s the most important part of our local tradition.

(And if slavery and sale of women was a tradition, they’d reserve the right to keep doing it?)

There are 3,200 people in Taiji that is supposedly supported exclusively by cetacean meat and the revenues from the sales of the meat and specimens to zoos and entertainment outlets. They harvest 2,000 dolphins a year. That’s 2,000 dolphins for 3,200 people.

Somehow I think if you did the math on the dolphin harvest, I doubt the money is divided between those 3,200 people. Somehow I think a corporation is collecting the money, hiring a percentage of Taiji fishermen for the harvest but by no means does every member of Taiji serve the entity / company that orchestrates the harvest and global distribution. But that’s all conjecture on my part.

I just think that killing animals that miss and remember their babies, and have ‘family’ relationships with their parents and cousins – is barbaric and unnecessary.