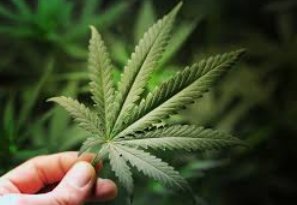 CBD is a real sticky thing.
It’s made a LOT of people a LOT of money.
It’s made some Television vets look “edgy” and “in the know”
Some vets have tried CBD personally, and in their pets. (Me)

An accountant for Diamond CBD Products (A major distributor of CBD) told me that “CBD is the biggest placebo effect since “magnet therapy”.) And I’m inclined to agree because although it’s a small percentage of people actually giving CBD to their pets (most are just giving Hemp Oil and *thinking* it’s CBD)  –  and yet so many people rave about their pet’s recoveries on “CBD”. Just never heard that from anyone I ever met. Until recently.

CBD – Placebo – pla·ce·bo
/pləˈsēbō/
noun
-a harmless pill, medicine, or procedure prescribed more for the psychological benefit to the patient than for any physiological effect.
-“his Aunt Beatrice had been kept alive on sympathy and placebos for thirty years”
-a substance that has no therapeutic effect, used as a control in testing new drugs.
-a measure designed merely to calm or please someone.

For me it had minimal effect on mentation, and no effect on inflammation (arthritis) and the sensation of pain. I have not used CBD with epilepsy.
We’ve tried it on dogs for anxiety, and pain and the influence seems to be minimal.

My Review of CBD Gummies On Amazon.com

Still, I believe the placebo effect is a force to be reckoned with.

Update: June 2019 – Recently I’ve been confronted by a couple cases doing well on CBD (real CBD) and I learned a couple things. Most folks aren’t using real CBD and most folks including myself don’t stick with it long enough. READ THIS

I said all that to say this: Once you’ve experienced legitimate THC (female plant oil) in dogs – you know what all the promised CBD benefits are SUPPOSED to look like.

But I have not employed THC in an epileptic.

I have had some THC chews at the office to test. Results have been remarkable. In some cases, cost has been prohibitive. I cannot United Parcel Service ship them because they’re a refrigerated / frozen commodity. It is not legal to ship them US Postal.

These chews come from: STARDUST BONES

The gal’s name is Barbara and she knows me. So if you reach out, she can help you. Or she can help me help you. Somehow we can get you more Stardust Bones.

You can ABSOLUTELY try CBD oil. It can do NO HARM
But it is extremely unlikely to make a difference. CBD is a classic year 2019 example of the “Emperor’s New Clothes” – – – “Anyone who knows anything knows that CBD is amazing!”. Except I’m not too cool to disagree and say I’ve seen zero benefit.

Here is exactly why 75% of people giving CBD oil aren’t actually giving any CBD at all.

Here is what you need to know about CBD in ONE PAGE.