Cats bring us various tidbits and morsels from its travels and hunting endeavors. And typically there are five different levels of gift.

Sometimes all the cat gives you are little pieces parts. This is the stingiest cat. Barely cares about you at all except, please note, it did bring you a gift. Moving on. 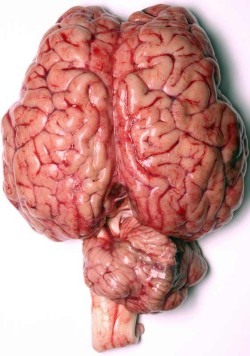 The most delicious and important part of a prey animal like a mouse or bird is the brain. Not many people know that the brain is 99% fat, and 1% nerve tissue. It is a giant delicious butterball. The second fattiest organ in an animal is the liver. And this is where the “gifts” come in.

Quite often a cat will eat the brain and bring you a headless animal. But that animal still has a delicious liver. So in one way, the cat is “splitting it with you”. Still a loving gesture.

Finally, we consider the cat that eats the brain and the liver and just brings you the meaty bits. That cat is pretty nice.That would be the cat that would buy its dad a tie for some holiday or some hand towels for its mother. Nothing flashy or spectacular. Just a mouse with all the actually good parts gone.

So what about the cat that brings you a live animal? Well that’s a different beast all together. That animal is actually saying you’re probably a retard. Cats will often bring the kitten or juvenile cat a live animal so that it can get the practice of killing. It is a very kind gift because not only are they giving you hunting experience but they are also relinquishing the brain and the liver. It is providing you with entertainment and a really nice dinner. But it also suggests that you don’t know what you’re doing when you hunt, and you need as much practice as you can get.

So what about the cat that brings you a live animal? They are giving you hunting experience but they are also relinquishing the brain and the liver. It is providing you with entertainment and a really nice dinner.

So in a way it is a backhanded compliment.

So now you have a reliable way of knowing how much your cat loves you.

When a cat doesn’t bring you any kills at all, it’s being a pretty normal cat. They kind of think about themselves pretty exclusively. Go catch your own mouse.