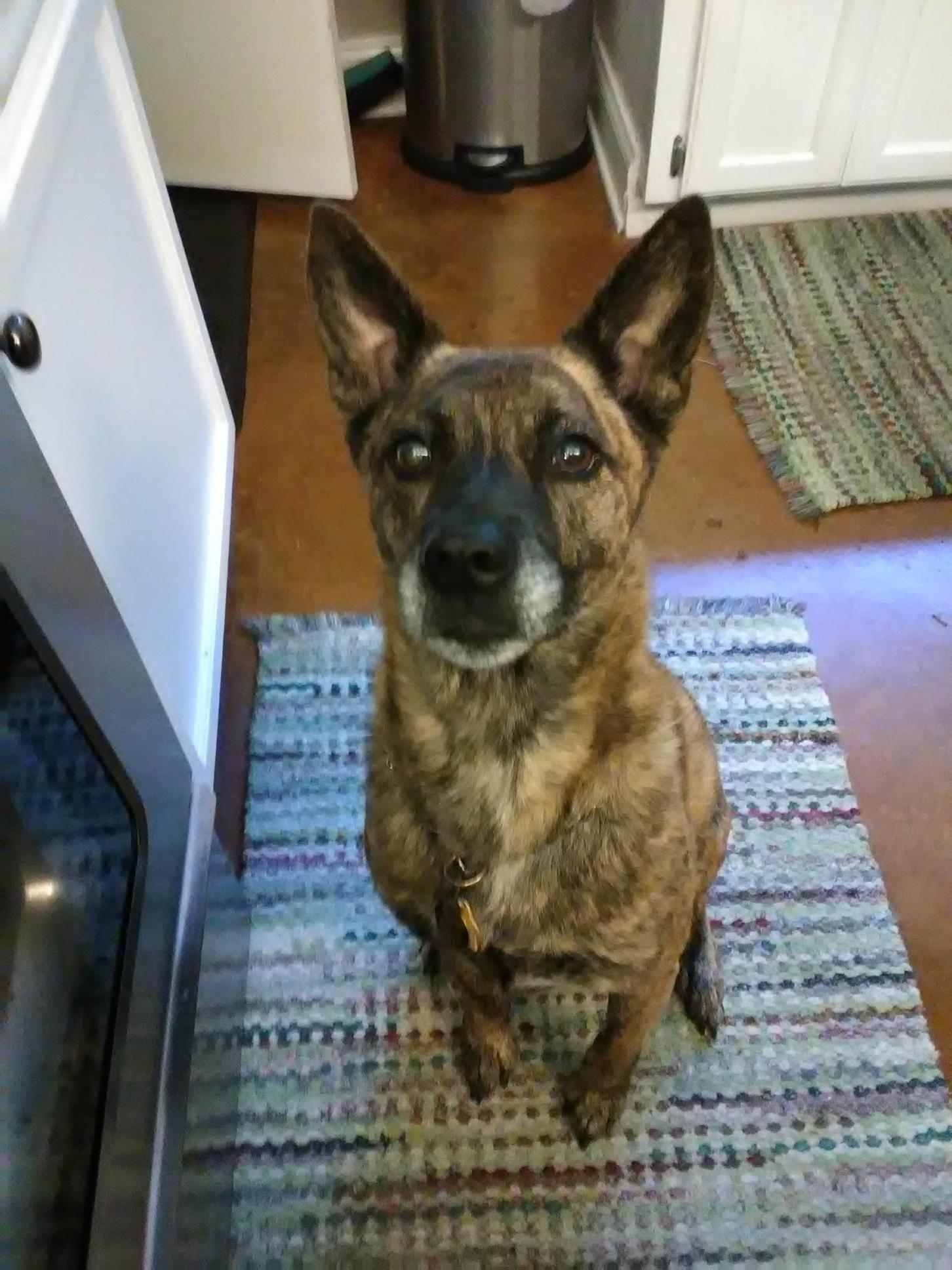 The workup for immune thrombocytopenic purpura (ITP) starts with a complete blood cell (CBC) count. The hallmark of ITP is isolated thrombocytopenia; anemia and/or neutropenia may indicate other diseases

“Immune thrombocytopenia (ITP) is a bleeding disorder caused by thrombocytopenia not associated with a systemic disease. Typically, it is chronic in adults, but it is usually acute and self-limited in children. Spleen size is normal in the absence of another underlying condition. Diagnosis requires that other disorders be excluded through selective tests. Treatment includes corticosteroids, splenectomy, immunosuppressants, thrombopoietin receptor agonist drugs, or the spleen tyrosine kinase inhibitor fostamatinib. For life-threatening bleeding, platelet transfusions, IV corticosteroids, IV anti-D immune globulin, or IV immune globulin may be used individually or in combination.”

“The trigger in adults is unknown, although in some countries (eg, Japan, Italy), ITP has been associated with Helicobacter pylori infection, and treatment of the infection has been followed by remission of the ITP. ”

Affected animals should be kept at rest, and treatment is based on administration of corticosteroids, starting at a high dose and then tapering (as in the treatment of Hemolytic Anemia). Transfusion with fresh whole blood should be performed in animals with a PCV <15%; however, whole blood transfusion to replenish platelets is often futile with regard to normalization of primary hemostasis, because the platelets are removed from circulation within a couple of hours. Splenectomy should be reserved as a treatment for animals that have recurrent episodes of thrombocytopenia. Vincristine has been used to enhance the release of platelets from marrow megakaryocytes. It also coats platelets and has a cytotoxic effect on macrophages that ingest coated platelets. A single dose of vincristine at the time corticosteroids are started shortens the time to recovery of the platelet count.

Rickettsial Diseases:
Anaplasma platys, A phagocytophilum, or Ehrlichia canis infections cause mild to severe thrombocytopenia in dogs. A platys infection (see Ehrlichiosis and Related Infections) usually is characterized by mild, often cyclic thrombocytopenia in the acute stages of disease. Chronic infections often have constant mild to moderate thrombocytopenia. Morula (single to multiple, round to oval basophilic inclusions) can sometimes be identified in platelets of infected dogs. The thrombocytopenia is seldom severe enough to result in clinical bleeding tendencies. Ticks are the likely vectors. E canis infections are characterized by variable alterations in total WBC count, PCV, and platelet count. In acute infections, there is usually thrombocytopenia and possibly anemia or leukopenia. In chronic infections, there may or may not be thrombocytopenia or anemia; however, there is often leukocytosis and sometimes hyperglobulinemia (monoclonal or polyclonal). Infected dogs may have epistaxis, melena, gingival bleeding, retinal hemorrhage, hematoma formation, and prolonged bleeding after venipuncture or surgery.

A phagocytophilum infection has been documented in a wide variety of domestic and wild animals. It is characterized by fever, lethargy, and a reluctance to move. Changes in blood parameters include thrombocytopenia and lymphopenia accompanied by increased serum alkaline phosphatase and hypoalbuminemia.

Neoplasia:
Hemangiosarcoma, lymphoma, and adenocarcinoma may be associated with consumptive thrombocytopenia due to disseminated intravascular coagulation. Immunologic and inflammatory mechanisms cause increased platelet consumption and decreased platelet survival. However, bleeding tendencies without thrombocytopenia occasionally exist. Altered platelet function due to an acquired membrane defect has been associated with hyperglobulinemia. Vasculitis also may contribute to the hemostatic disorder.

Vaccine-induced Thrombocytopenia:
Dogs vaccinated repeatedly with modified-live adenovirus and paramyxovirus vaccines may develop thrombocytopenia 3–10 days after repeat vaccination. The thrombocytopenia is usually transient and may be sufficiently mild that a bleeding tendency will not be evident unless superimposed on another platelet or coagulation disorder. Studies have failed to confirm an association between recent vaccination and development of idiopathic thrombocytopenic purpura; however, it might still occur rarely.

Drug-induced Thrombocytopenia:
Thrombocytopenia associated with administration of certain drugs has been reported in dogs, cats, and horses. One mechanism is marrow suppression of megakaryocytes or generalized marrow stem cell suppression (after administration of estrogen, chloramphenicol, phenylbutazone, diphenylhydantoin, and sulfonamides). Another mechanism is increased platelet destruction and consumption (after administration of sulfisoxazole, aspirin, diphenylhydantoin, acetaminophen, ristocetin, levamisole, methicillin, and penicillin). Drug reactions are idiosyncratic and therefore unpredictable. Platelets usually return to normal shortly after the drug is discontinued. Drug-induced bone marrow suppression may be prolonged. The chemotherapy drug lomustine has sometimes caused prolonged thrombocytopenia that persists after the drug is stopped.

Other:
Quantitative platelet disorders have been reported in liver disease with or without coagulation protein deficiencies. In two studies of cats with thrombocytopenia, 29%–50% had infectious diseases, including feline leukemia, feline infectious peritonitis, panleukopenia, or toxoplasmosis. The mechanism of thrombocytopenia has not been identified in many cases. Feline leukemia virus replicates and accumulates in megakaryocytes and platelets; aplasia or hypoplasia of marrow stem cells, immune destruction of infected platelets, or extravascular sequestration of platelets within lymphoid tissues may contribute to thrombocytopenia in this disease.”

“Jain NC, Switzer JW.
Abstract
Autoimmune thrombocytopenia has been recognized as a distinct entity in the dog and cat. It is characterized by: (1) clinical signs of thrombocytopenia, such as hemorrhages into the skin and tissues and from body orifices, (2) coagulation defects related to thrombocytopenia, such as prolonged bleeding time and poor clot retraction, (3) hematologic changes such as severe to moderate thrombocytopenia, often blood loss anemia, and signs of increased erythropoiesis, and (4) an absence or decreased number of megakaryocytes in the bone marrow during early phase and increased number during compensatory phase. Megakaryocytes may also show morphologic abnormalities. Serologic diagnosis of AITP in the dog and cat currently involves demonstration of antiplatelet antibody in serum by PF-3 test and/or associated with marrow megakaryocytes by a technique of direct immunofluorescence. Circumstances leading to formation of antiplatelet antibody remain unknown. Immune-mediated platelet destruction is believed to occur in the reticuloendothelial system, primarily in the spleen. Treatment consists primarily of corticosteroids and other immunosuppressive drugs. Dogs with primary AITP generally respond favorably to such therapy.”