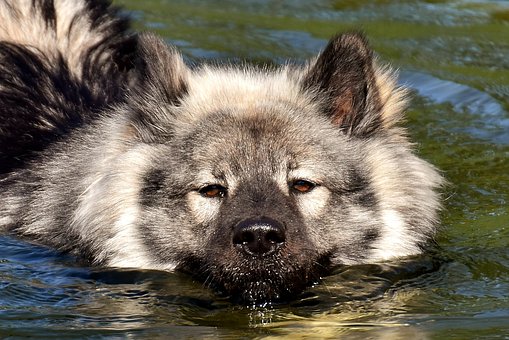 Taking Your Dog To The Lake – Common Considerations

When you take your dog to the lake you can be exposing them to a TON of fun and healthy exercise but there are some other things to note.

Okay now THIS is a rarity in the extreme. I heard about this in Vet School in 1991 where it had killed some deer next to a farm pond. The next time I heard about it was just this year (2019) and it came and went as a “thing” and I kind of think it was blown out of proportion as on rare occasion, the media does. One case was reported but unconfirmed, and the lake in question tested negative. But, it happens. It wouldn’t hurt to stay out of water that seems ‘stagnant’ or which contains a dark algae floating at or near the water’s surface. The algae doesn’t tend to be in full sun and it prefers clear water without much depth. (Article)

Oils in the water

This issue is pretty common and causes irritation to the coat until the pet is bathed thoroughly. When a two stroke boat motor burns the ‘gas oil’ mix, it puts a tremendous amount of pollution into, and ONTO the water. The stuff kills ocean reefs and that’s why two stroke engines aren’t allowed within miles of precious barrier reefs all over the carribean. In any event, this gas oil combustion byproduct floats on the water and creates a brown film on the piers, and pontoons on the lake. And when your kids or dog spend the day in and out of the water, they get this irritating mix on their skins and coats. Well, the kids take a bath, and your dog should too. Otherwise it could be an itchy deal for the dog. 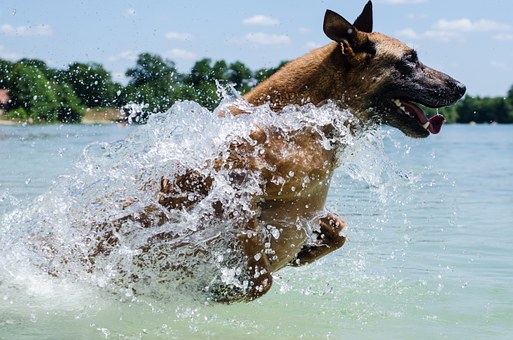 For some dogs, water left in the ear can set up infections about 2 weeks later. They start in the horizontal canal and eventually you can see the redness and itching creeping up the vertical canal about a week or two later. Dogs with ear flaps that stick UP seldom have a problem with water in the ears. But dogs with ‘dependent’ or droopy ears or who have a lot of hair growing IN the ear, can have ear infections from that. You can attempt to dry the ears after the weekend at the lake, or even apply something with a soothing ‘oil’ in it, to repel water. Zymox is a favorite of mine, if you even do anything at all. A decent ear cleaner also can work because they remove various contaminants (as listed above) that may be residing in the ear. If your dog is prone to ear infections and you already have a bottle of Gentizol, GenOne, Entederm, Mometasone, Panolog or similar oily medication for yeast and bacteria, that could work preventatively as a single dose after swimming. But the key is “oily”

Overexertion, or “tying up” can happen if a dog swims or runs around a LOT more than usual. The muscles get deprived of oxygen and the muscle fibers get overtaxed and the combination causes some of the muscle fibers to die. This causes muscle pain, stiffness and a serious reluctance to move around. Hydration is key the next day and the vet may even decide to run some fluids. Bloodwork can detect a high CPK level and the urine may be dark. This is seldom fatal. So just watch it, especially if your dog isn’t really THAT active and you suspect that THIS weekend, he will be.

Drowning’s uncommon as well. In fact, I’ve only ever heard of one of my patients legit drowning and that poor dog had a seizure and fell into the pool before the owner could rescue her. That was sad. At the lake, I almost lost my own dog because he wasn’t wearing a life preserver. He was older, and a weak swimmer and we had turned the boat around after he jumped in, and we made it just in time as he was sinking low in the water. Another dog hit his head and almost drowned. My point is (hence the referenced article) to put a life preserver on your dog at the lake. ]

You know, like your dog gets on you in a panic and drowns you. 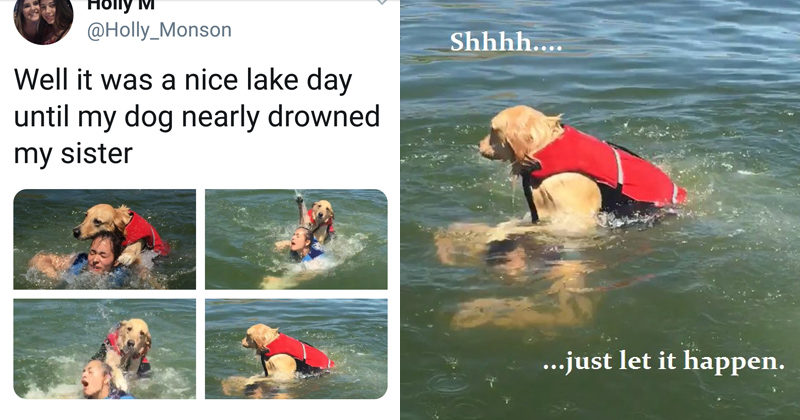 A solid nine out of ten snakes you meet at the lake (United States) are Northern Water Snakes. Not copperheads or water moccasins but you never really know. Unless you know. Learn the snakes. By-and-large the poisonous snakes have triangular heads far wider than their necks. And they have slit-pupils (like a cat) as if you’re really going to stoop down and check THAT out, huh? ha ha ha!!